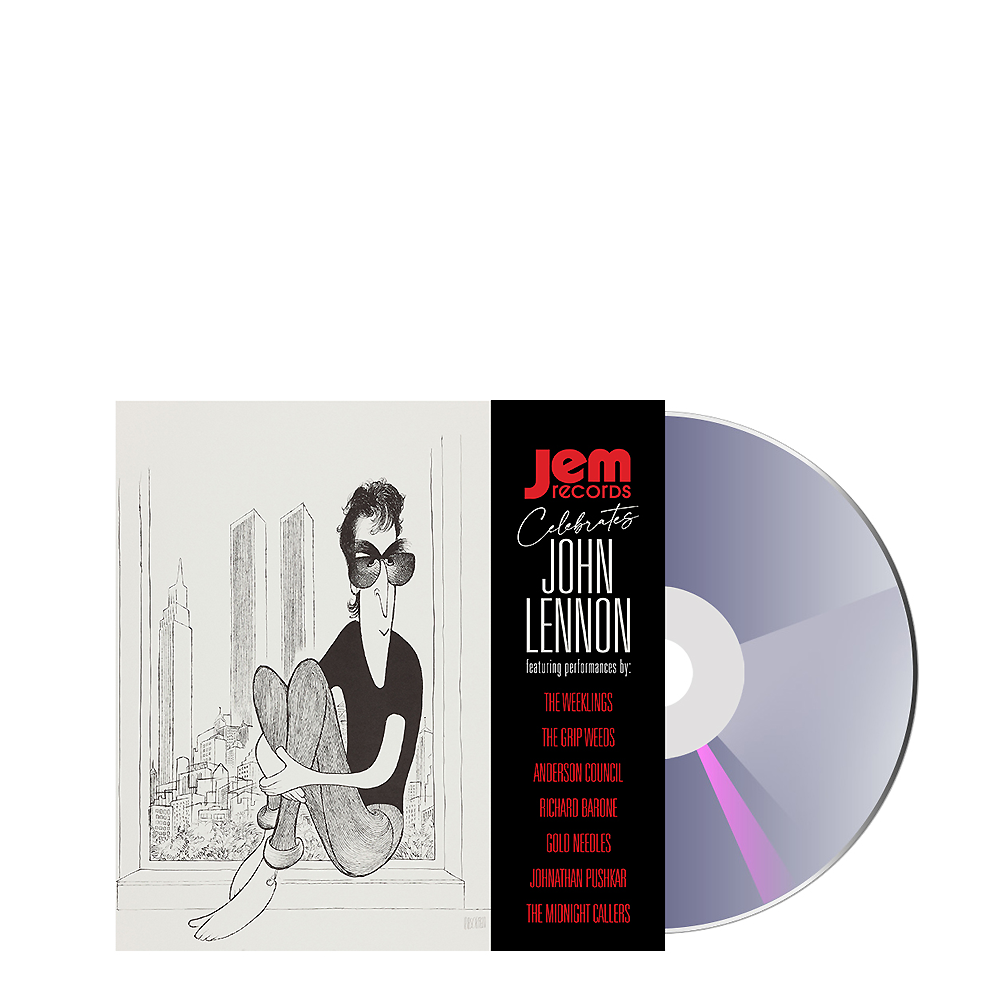 
Jem Records Celebrates John Lennon provides music lovers with an inventive take on the work of John Lennon, ranging from his early Beatles days through his final recordings in 1980.

As the twenty-first century snakes its uneasy course into an increasingly complex and unknowable future, we need Lennon's thoughtful and inspiring songs more than ever. Jem Records Celebrates John Lennon offers the panacea that we need in these challenging times. The Grip Weeds' contribute a 'rough and retro' take on "You Can't Do That" and their epic version of the epic "Strawberry Fields Forever". Also featuring performances by The Weeklings, The Anderson Council, Richard Barone, Johnathan Pushkar, The Gold Needles and The Midnight Callers. The cover is a reproduction of Al Hirschfeld's "Lennon at Home."

"The Beatle-esque Grip Weeds turn in two stellar performances: a faithful rendition of “You Can’t Do That” and an impressive version of “Strawberry Fields Forever.” Due to the latter’s complexity, the song is notoriously difficult to cover; however, the Grip Weeds turn in one of most appropriately psychedelic renditions I’ve heard. The group is rapidly becoming one of the foremost interpreters of the Beatles catalogue." – Something Else

"It’s a daunting challenge, of course, to create a tribute to such a — forgive the pun — towering musical figure as Lennon. Where do you start? What do you do? How can your efforts seem worthy?...These tracks show deep knowledge of the tracks, and deep affection. Some are pretty straightforward, and others add new twists...Of the more straightforward songs, my favorite is The Grip Weeds’ “You Can’t Do That,” an explosively buoyant version of one of Lennon’s underappreciated early Beatles songs." – NJArts.net 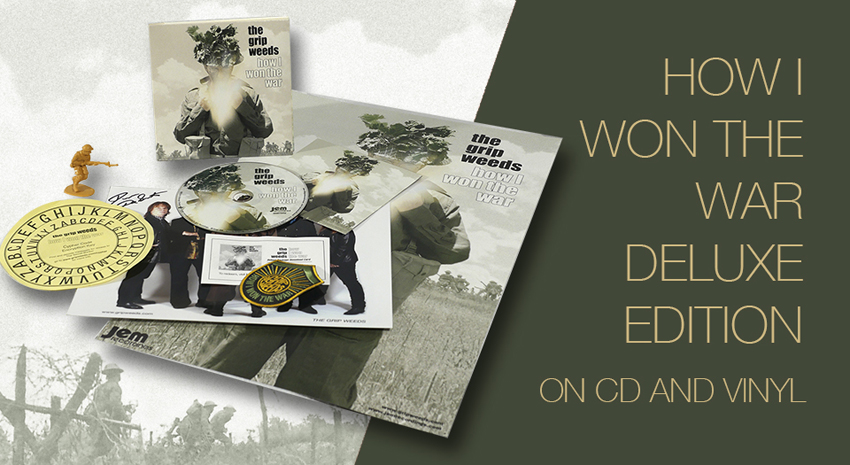