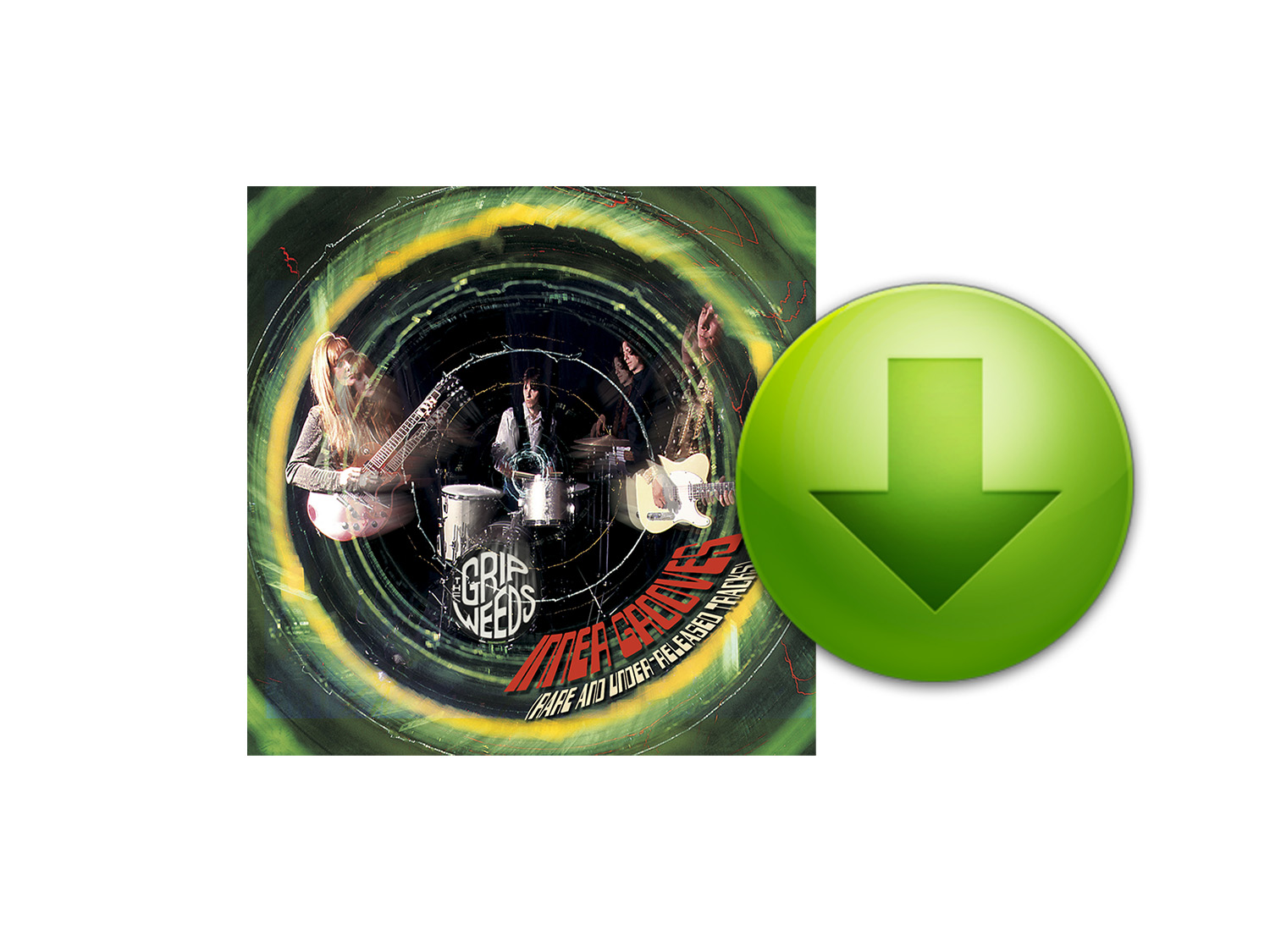 After releasing a double album, Holiday CD and blistering live set in quick succession, New Jersey’s emissaries of “sparkling, insanely catchy psyche-pop” are back with a fresh round of grooves! Like the last bit of sound on a record where ‘secret’ tracks are found, Inner Grooves is a collection of ‘rare and under-released’ gems, a privileged trip through the archives that puts you on the inside of their circle. Remarkably cohesive and listenable via a new remix, these ‘diamonds in the rock’ cut through to the heart of The Grip Weeds’ musical soul, exposing the layers of sound and influences they have collectively soaked up over years of critically-acclaimed albums. If the Little Steven-compiled Infinite Soul is their Best-of, then Inner Grooves is their Anthology– short of actually being in the band, you'd have to be a super fan to have these tracks– until now!

"A fascinating series of dusty gems culled from the trippy center of their minds." --Aquarian Weekly

"Even better than you expect them to be." -- Active Listener

"Soaring, syrup-free harmonies...sashays in on a groove that could get even the staunchest wallflower out on the dance floor." -- Max Magazine

"A delight...twisting, turning and churning with (each) brain-bending measure." -- Something Else!