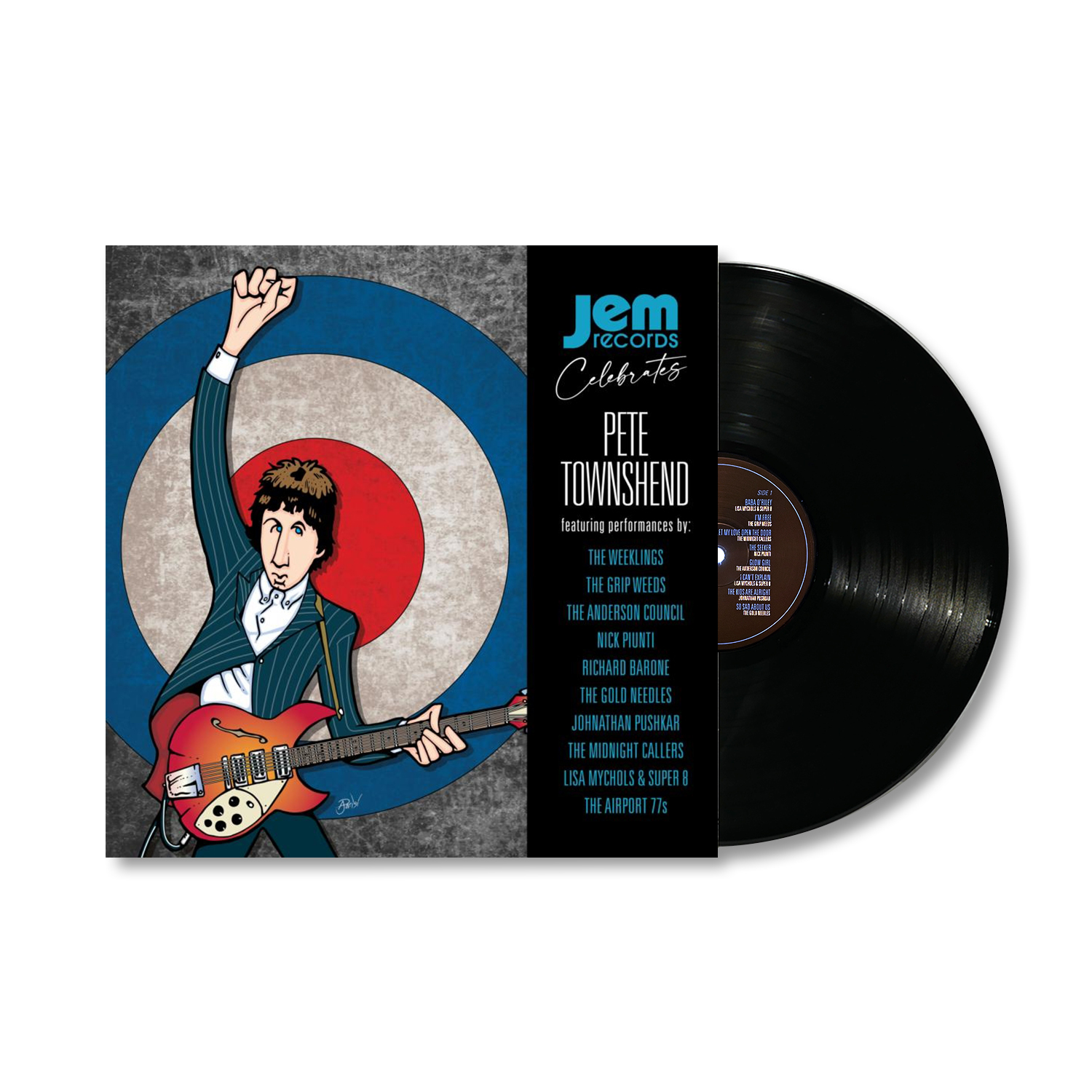 Who will be Celebrated by JEM Records? Pete Townshend, that’s Who – Who, Who – Who

Fifty years ago, an avid Who fan named Marty Scott and his two childhood friends from NJ began to sell records in their college dorms. They traveled to England after graduation and went searching to find a Who album that was not available in the USA. He realized there must be others who wanted it too. This was the start of importing rock albums by JEM Records. Carrying on through the 70's and 80's as the premier independent distribution and label group, JEM helped many labels get national distribution, broke artists via radio and retail, and released hundreds of albums.

Now, fifty years after its operation from a trailer in the parking lot of a "onestop,” JEM Records continues as the premier "power pop" rock label. JEM releases their third (after John Lennon and Brian Wilson) "Celebrates" album with JEM Records Celebrates Pete Townshend, once again presenting its artists' interpretation of a rock icons' songs.

“The album brings the JEM Records stable of artists together to celebrate Pete’s legacy as a writer of incredible and intense songs; the guitarist that made the ‘windmill power chord’ a stable of every guitarist’s attack; and the creator of the term ‘Power Pop,’ the banner of which JEM carries today as the leading label of that genre.” Marty Scott, producer & director of the album.

The Grip Weeds put the boot in on "I'm Free" and take their sweet time with the not-so-quick 7 minute-plus "A Quick One"!

“The Grip Weeds, those incomparable purveyors of psychedelic rock and pop, provide an exhilarating rendition of “I’m Free,” and also offer their fantastic interpretation of the epic title track from A Quick One, infusing that mini rock opera with their unique vibe.” –John Visconti, Culture Sonar (read the review here)