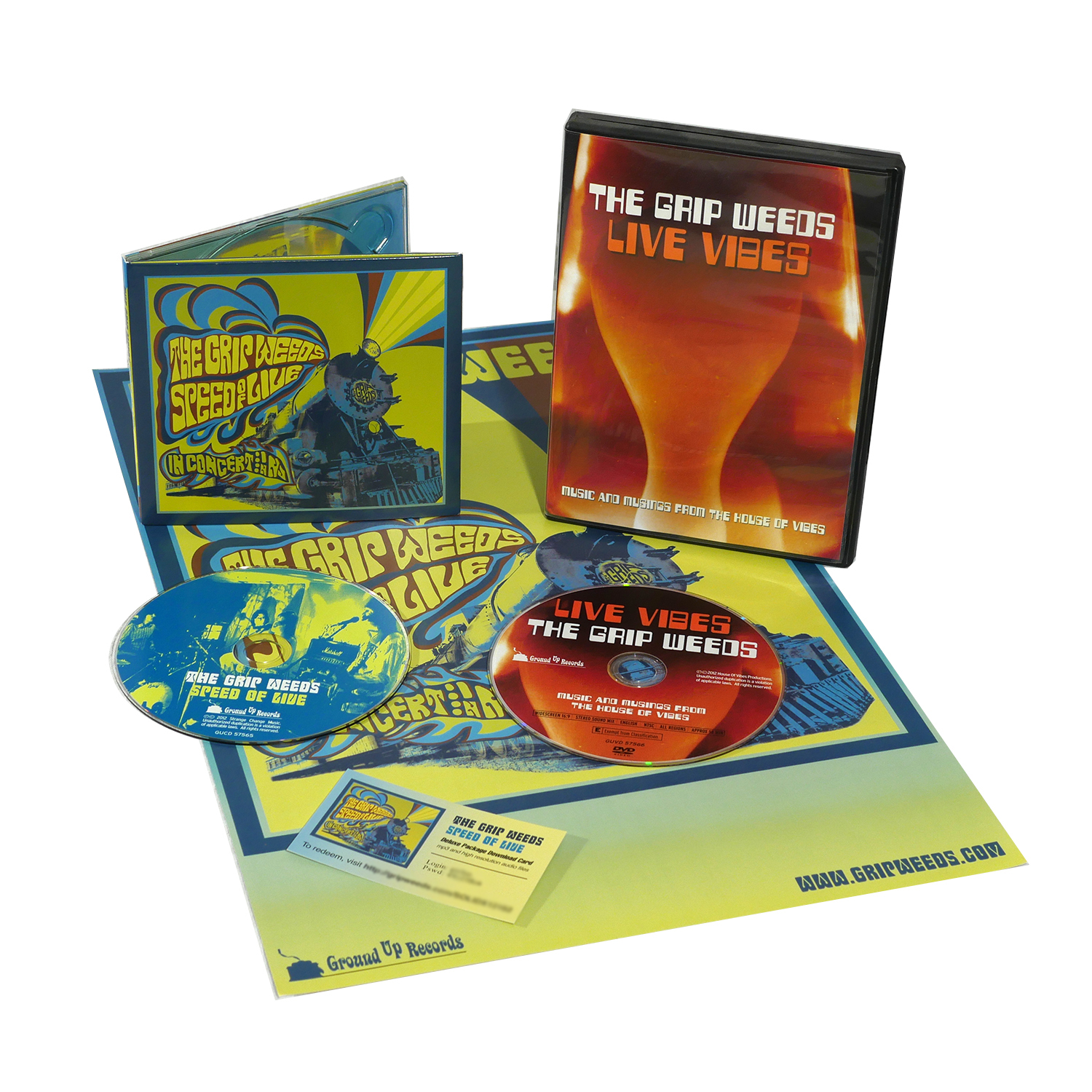 
About Live Vibes DVD:
Take a trip inside The House Of Vibes, the "Hitsville of Highland Park"! Performing live in their New Jersey recording studio (where The Smithereens, Mark Lindsay, Gary Lucas, Najma Akhtar and many others have also recorded). The Grip Weeds tear through songs from their impressive catalog of "insanely catchy psyche-pop", with equally psychedelic mind-blowing visuals. Exclusive interviews illuminate their back story and the unique group chemistry that drives them. Music and musings from a band at the height of its powers!